View visible from the road between La Grave and the hamlet of Chazelet.

La Meije is made up of European continental base rock (granites, gneiss...). It rests on dark rock attacked by erosion. 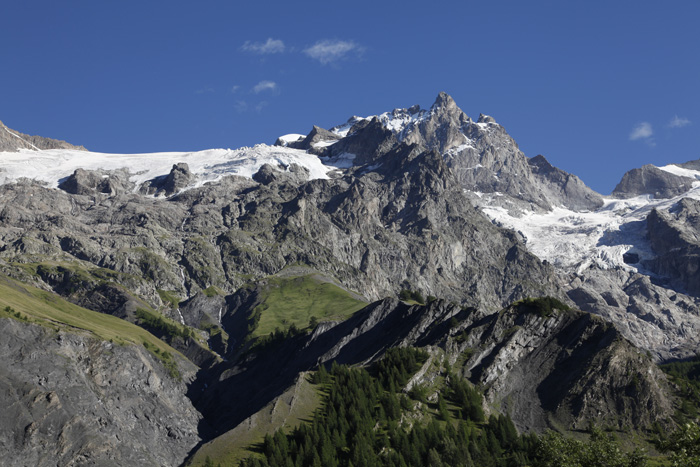 This rock pattern constitutes a surprising geometric "anomaly". The older rocks are above the most recent ones rocks. Geologist explain this geometry by Alpine orogenesis. This caused a general shortening of the tectonic stacks and spaces causing thrusting and thickening of the continental crust. It is the result of the collision between the European and African plates.

The thickening of the continental crust resulted in the mountain belt uplift which were subsequently shaped by erosion. 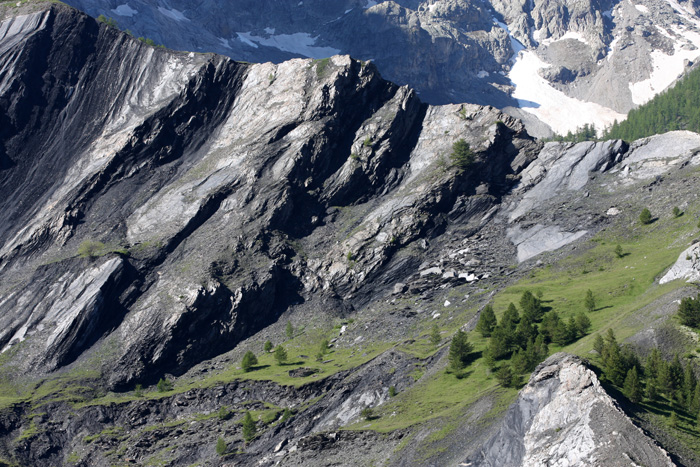