Germanasca Valley is a place of ancient civilization , whose history has recorded indelible marks in his people and in his habits of life. The character of these places, in fact , is inextricably linked to the history of the Waldenses ( religious denomination was born in 1173 in Lyon with the conversion of merchant Waldo, founder of the movement) and their fate , in past centuries marked by pain, isolation, from persecution , but also tough and fair fight for their own identity.

The culture and traditions of the valley are also parallel to the natural evolution of a human journey that comes from the mountain and men who, often under difficult conditions  were able to create their own living environment and working conditions. For more than a century, the intense mining activity has affected the valley , bringing work and effort, but also a degree of prosperity . To prevent the gradual dismantlement and abandonment of mines will wipe out the memory, the Mountain Community of Pinerolo (ex - Chisone and Germanasca ) has embarked on an ambitious project to enhance the mining tradition with a number of initiatives , both cultural and tourist .

A journey of rediscovery that this led to the birth of the modern museum center Scopriminiera , the recognition of the Piedmont Region as a " EcoMuseum of Mining and Val Germanasca " with the aim to organize the network into numerous cultural resources of the area, the new location of the realizzaizone educational geological ScopriAlpi allestisto also within the talc mines abandoned .

The eco therefore expresses the will of the people of this territory to witness their identity by encouraging the knowledge and interpretation of the signs still present. 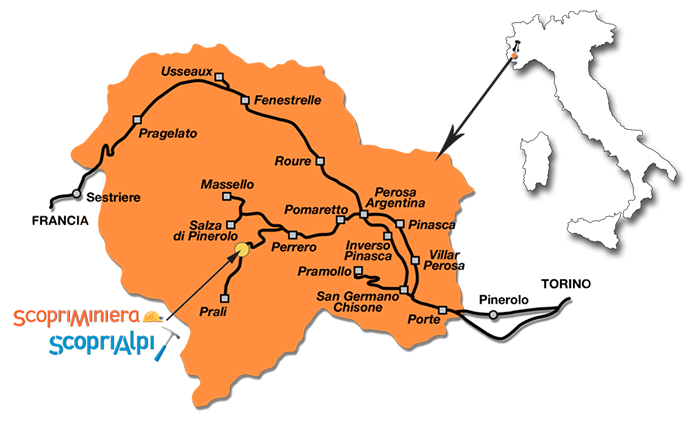